Helping to get you ready for the new companies act 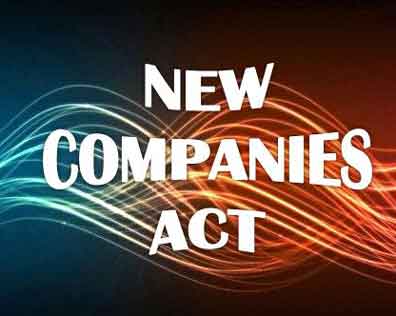 After nearly 13 years of waiting the new Company Law Act 2014 has finally been enacted and will come in to effect on the 1st June 2015.

The Act has revamped the company models, which for existing companies means that a choice has to be made, stay a Limited company (and apply the new features form the new Act) or become a DAC (Designated Activity Company).

The new LTD company format allows for only one director, over the age of 18, but you still need to have a second individual to act and sign as the company secretary. An AGM will no longer have to be held (once a resolution passed) and the memorandum and articles of association will be replaced with a single document called the constitution. The company no longer has to specify what its main purpose is.

The DAC company format will keep its memorandum of association and the objects/purpose of the company specified there will be what the company is limited to trading in. The constitution document will replace the Article of Association. There has to be at least two directors (over 18 years of age) and an AGM must be held. The name of the company must also be changed to DAC “Designated Activity Company” or Cuideachta Ghníomhaíochta Ainmnithe.

The conditions to determine the size of a company have been amended and relaxed in that a company only has to meet two out of three conditions:

Small Company – turnover less than €8.8m; Balance Sheet total less than €4.4m and average number of employees is less than 50;

Medium Company – turnover less than €20m; Balance Sheet total less than €10m and average number of employees is less than 250.

If you have a company and require assistance in filing the conversation forms or change of name form or have further queries on the New Company Law Act 2014, please contact this office on 023 8841899 or reception@charlespcrowley.com