Is Ireland now the ideal location for companies to locate? 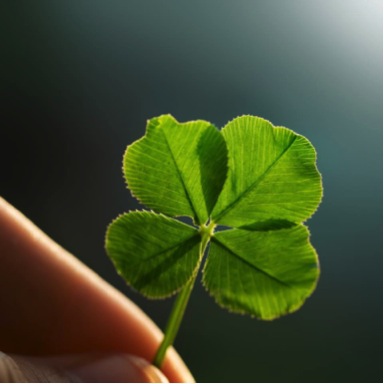 Why is Ireland a location now looked at more and more for overseas companies to  locate to? Ireland’s recent domestic economic problems have been well documented. Over the past four years the Irish real estate market has softened, the country’s main banks have been recapitalised, in some cases nationalised, and a €67.5 billion bail-out from the EU / IMF was required in November 2010 in order to shore-up exchequer finances.

However, from an international business perspective, Ireland has never been a better place in which to do business. The downturn has reduced costs for companies locating in Ireland, as commercial property prices are now 60% off their peak, while electricity prices for large users fell by approximately 27% in 2010. Meanwhile labour costs have also been reduced and more capacity exists in the workforce. During this period Ireland’s tax offering has remained a constant, and in some cases has been enhanced as the Irish government has continued to beat the drum for further international investment.

In fact, 2011 proved to be a record year for inward investment in Ireland, with 148 new investments by foreign companies and the creation of 13,000 new jobs in Ireland. IBM’s 2011 Global Location Trends Report has ranked Ireland as the top destination in the world by quality and value of investments, and listed Ireland as the second-largest per-head recipient of foreign direct investment jobs in 2010. This article looks at the tax and financial incentives on offer to UK companies considering a move to Ireland and considers why almost 1,000 multinational companies have chosen Ireland as their European base for operations. We will look at the top three reasons why UK companies consider Ireland and how to go about opening or migrating a company in Ireland.

The primary incentive, from a tax perspective, of setting up business in Ireland is Ireland’s statutory corporation tax rate of 12.5% for trading activities. The 12.5% rate has been approved by the EU and the OECD and applies to active profits and is not dependent on negotiating or securing incentives, rulings or other tax holidays, which is the case in many other European jurisdictions where a special deal or arrangement needs to be made with the relevant authorities.

Practically all active business pursuits will qualify for the 12.5% rate. The 12.5% rate is available to almost all business sectors, making Ireland attractive for all activities. Since the introduction of the 12.5% rate, which is enshrined in statute, it is clear that the latest generation of investors in Ireland, include investors from industry sectors which may not have traditionally considered Ireland as a potential low tax platform. The objective underpinning each investment is to avail of the possibilities presented to unbundle the traditional value chain and locate appropriate profit generating functions in Ireland. Examples of activities in the traditional value chain which are capable of being unbundled and carried on in Ireland include: 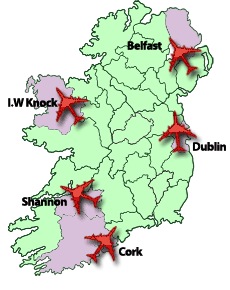 Ireland offers an attractive tax regime for holding companies and this is reflected in the number of companies choosing to relocate their headquarters to Ireland. The two main features of this regime are :

Start-up companies that commence to trade in 2012, 2013, and 2014 are exempt from corporation tax and capital gains tax in each of the first three years. This exemption applies to the extent that the company’s tax liability for each of the three years does not exceed EUR 40,000. In essence this exemption enables a company to generate trading profit of EUR 320,000 per annum before incurring a tax liability. Relief is capped by reference to the employer’s PRSI contributions paid on behalf of each employee and subject to a cap of a maximum of EUR 5,000 for any one employee. The trade must be a new trade.

There are many grants and incubation funds now available for any new startup entering the Irish market.

As outlined in the introduction the downturn has reduced costs for companies locating in Ireland. Ireland is one of only three EU Member States where nominal labour costs have fallen, when comparing the 2013 labour costs with 2012. Ireland was also ranked 1st for value of investment projects and as No 1 in the European Union for completion of third-level education by IBM’s Global Location Trends Report 2012 and by the IMD World Competitiveness Yearbook 2012 for the flexibility and adaptability of its workforce. Ireland was also the country in the European Union with the highest percentage 25-34 year-olds with a third-level qualification, according to the OECD.

Means of Setting up Business in Ireland

The most obvious and simple method of setting up business in Ireland is by incorporating an Irish company from which to conduct operations. The incorporation of a company in Ireland is a quick and straight forward process. Once certain decisions relating to the company are made (for example the type of company, the company name, the company location and the persons who will act as directors / company secretary, etc), a company can be incorporated in Ireland in five days.

Another method of setting up business in Ireland is through the acquisition of an existing Irish company. Given the availability of distressed assets due to the economic downturn in Ireland and the government’s desire to sell off certain State assets, Ireland has seen an increase in M&A activity from international investors.

Another method of setting up business in Ireland is to migrate an existing entity to Ireland. There has been a recent wave of high profile corporate migrations of listed companies from the UK and from certain haven jurisdictions such as Bermuda and Cayman Islands, to Ireland. The primary motivation cited by the UK companies (eg, Shine and UBM) has been to reduce compliance costs and burdens associated with the administration of complex controlled foreign company and transfer pricing regulations. The primary motive for companies relocating from Bermuda and the Cayman Islands (eg, Covidien, Ingersoll-Rand, etc) has been to pre-empt any future legislative proposals by the US government which might adversely tax companies headquartered in “haven” jurisdictions.

Companies that have made the move

Recent new arrivals to Ireland would be “10Gen” a very large open software company that provides software to “Disney” and “O2”. “Etsy” a large ecommerce company with more than 22million members or “Indeed” the world’s largest job search site.

Ireland is the world’s largest net exporter of pharmaceuticals, valued at €55 billion annually. The 10 top ‘Born on the Internet’ companies Google, Twitter, eBay, PayPal, Amazon, Facebook, Yahoo, Zynga, LinkedIn and AOL all have a significant presence in Ireland.

3 of the top 5 games companies in the world are also in Ireland these are Zynga, EA and Activision. The Irish government’s focus on attracting inward investment has created significantly more opportunities for the international business community to manage its EMEA operations in and through Ireland.

Conclusion – Is Ireland now the ideal location for companies to locate?

In the context of increased scrutiny of tax haven jurisdictions, Ireland, as an onshore EU jurisdiction with the necessary infrastructure to support profit-generating activities, seems to be ideally placed as a gateway to do business both in and through Europe.

Ireland has been ranked very highly as not only a friendly and open place to do business, but owing to the similar legal system with the UK it makes setting up here an easy process. Ireland also offers access to EU markets this will help any UK company gain an advantage over their local or national rivals by gaining the ability to freely import and export within the EU tariff free and dealing in the local currency.

So maybe its time to spread the word to all the small and medium sized businesses in the UK who might not be aware of the significant competitive advantages that exist to companies who relocate to Ireland “what you waiting for” don’t miss out on what could possibly be the rebirth of the “Celtic Tiger”.

Should you or your clients need tax assistance in moving to Ireland, obtaining grant support in Ireland or need Irish investment advice please contact Caroline on our tax technical team at caroline@charlespcrowley.com